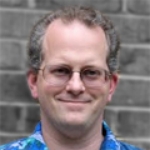 Dan Burnett is best known these days for his work with WebRTC. As one of the official editors of the key WebRTC specifications and co-author of the longest-selling book on WebRTC, Dan has been a key driver in this area since its early days. With more than a decade of experience in web standards, Dan was a key leader in the development of VoiceXML and the related SRGS, SSML, and MRCP standards, used in the majority of today’s interactive voice response (IVR) systems. Dan is Chief Scientist at Tropo and Director of Standards at Voxeo.